What Crops Are Best for Indoor Farming?

If you're excited about all the new options modern technology has brought to the farming industry in recent years, you may be interested in indoor automated farming. This particular approach to food production has many benefits. Because you're growing your crops indoors, they aren't subject to damage by weather conditions such as frost, hail, heat, and rain. They've also safe from birds, wildlife, and many insect pests. Indoor automated farming can also produce higher crop yields while using less labor. However, even though virtually all crops can be grown in indoor farms doesn't mean it's economically viable to do so — some crops, such as corn, simply require too much space for it to make sense to grow them indoors.

Keep in mind that unlike conventional commercial greenhouses that are used to start crops that are later transplanted outdoors, indoor farming systems are designed to produce crops from start to finish. To maximize space, plants are often grown in stacked layers. The following are just three of the many crops that are ideal for growing in an indoor automated farm.

Alfalfa and other salad sprouts have been on the market for decades, and microgreens are similar to them — they're essentially sprouted seeds that have been allowed to grow for a couple of weeks. Like sprouts, microgreens are popular in salads and sandwiches, and they can also be used in egg dishes such as omelets. Popular microgreens include radishes, lentils, kale, arugula, and spinach. Their quick turnaround time makes them particularly attractive — most go from seed to market in just two weeks.

All kinds of lettuce are good prospects for indoor farming as well. Lettuce is particularly appealing to growers because it can be grown in cool temperatures, allowing the growers to provide fresh, locally grown greens during winter without incurring prohibitively high heating costs. Like microgreens, lettuces also have increased profitability because of their short seed-to-market timeline.

Cherry tomatoes are also ideal for indoor farming. Although the plants do require heat in order to produce flowers and set fruit, fresh, locally-grown cherry tomatoes are popular enough with consumers in many areas that market prices easily cover the increased utility costs in winter. However, it's a good idea to test the market first by planting only a few cherry tomato plants and go on from there depending on the volume of sales.

To learn more, visit an indoor automated farming technology supplier near you. 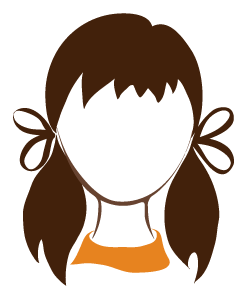 Is fall your absolute favorite time of the year? Perhaps, you’ve always wanted to plant a garden during this beautiful season. If you can relate to this scenario, you might be interested in growing pumpkins. Besides decorating both the outside and inside of your home with bright, orange pumpkins, you can enjoy cooking with them. Pumpkin pies and breads are scrumptious. Besides pumpkins, sweet potatoes, squash, cabbages, Brussels sprouts, and beets are other foods you can grow during the crisp, cool fall months. On this blog, I hope you will discover important tips to help you plant a fall garden. Enjoy!

What Crops Are Best for Indoor Farming?
22 June 2020
If you're excited about all the new options modern technology has brought to the farming industry in recent years, you may be interested in indoor aut …

Modern Technologies To Look For When Buying A Tractor
24 October 2018
As with purchasing any big piece of equipment, you're likely going to put a lot of thought when shopping for a tractor for sale. If it has been a whil …

3 Fundamental Tips When Fertilizing Your Lawn
28 September 2018
If you want a healthy lawn that looks beautiful, then you have to feed it with fertilizer. This essential nutrient enables your grass to grow stronger …